If you still have pumpkin seeds waiting for a delicious recipe, seek no more. I grew up with this recipe. After carving pumpkins as a family, my mom would grab our seeds, head to the kitchen and whip up some magic, which would always make my pumpkin seeds a hit in school the next day. They were so good, it never seemed like we had enough seeds to savor.

When I carved pumpkins for the first time after heading to college, I called her for the recipe. I could have sworn that this was going to be some elaborate recipe with many ingredients. Instead, I was pleasantly surprised with its simplicity… 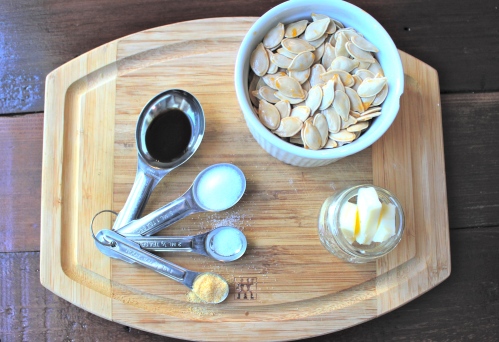 The ingredients are simple and few; they’re sitting in your kitchen as we speak. Swear.

One thought on “Pumpkin Seeds”